Frances graduated from grade 8 this year (!!!) and for reasons previously discussed, if she were going to have a grad dress, I would to have to make it for her. (!!!) Alterations for off-the-rack are a huge pain and many of them (like making the neckline smaller) are just not possible. Frances wasn’t worried, though. In fact, she was so not worried that she sent me a picture of the dress style she wants, in the total confidence that I would be able to knock it off–said picture not representing any pattern I have or could find on the internet.

Tilted waistline, gathered skirt, sweetheart neckline, ruched bodice, chiffon overlay–oh ok sure. No problem sweetheart. Let me whip that up for you.

I found two prom dress patterns from McCall (M7321 and M7281) that had parts of what we were looking for: sweetheart neckline, chiffon overlays, gathered or circle skirts. No tilted waist, but Frances decided she could do without; and no ruching, which despite Frances’s confidence is truly beyond me right now, at least in a pattern-hacking capacity. I also found some gorgeous satin faille at the closing sale I mentioned a while back in an absolutely beautiful silvery lilac-blue and picked up 4 yards for less than $20, so that I knew I could make mistakes and have lots left to start over with. While no solid chiffon I found anywhere was a colour match, this floral chiffon from Fabricland works. Frances wanted this only on the yoke; the rest of it will be just the solid faille, so we now have a ton of floral poly chiffon we won’t be needing. (Any takers?)

Despite having lots of extra, I did make and alter a muslin of the bodice first, altered once, then a bodice sewn/basted up, further altered.

Incidentally, the McCalls pattern we are using for the bodice (M7321) sucks. Seamlines don’t match; there are notches on one side of the princess seam and no corresponding notches on the other side. I bet lots of highschool girls making their own prom dress decide as a result of using this pattern that they can’t sew, which is a damned shame.

Frances wanted just a gathered skirt, so I used the overskirt pieces from M7321 pattern and gathered it right to the thread’s capacity. Any more and I’m sure the thread would have snapped. We made it floor length and then shortened it accordingly. The lining is the flared skirt from M7281, cut in a size to match the waist measurement, to reduce bulk in the waist seam (no gathers). All sizing was chosen based on the finished measurements on the pattern tissue.

The sleeves were modified from the pattern to be cap sleeves, like the one in the photo, except puffier.

The neckline hem is a bias binding strip. I wanted extra thickness and bulk there to take the weight of the dress and this seemed the best way to do that. All of the seams in the chiffon are french seams. It looks pretty tidy if I do say so myself. 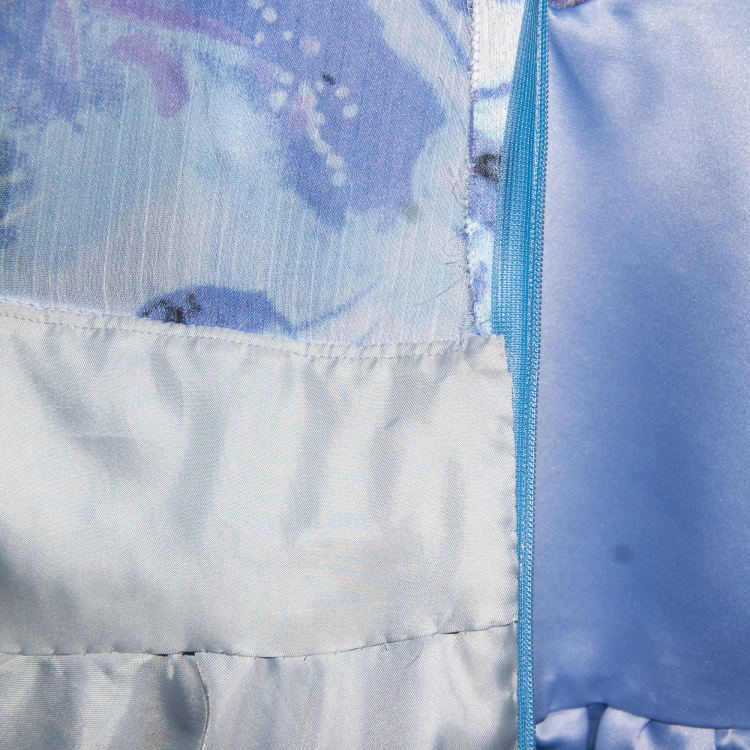 Most importantly, Frances loves it. When it was finally done (and this was another this-took-forever project) she hugged it and said “it’s so pretty!” Mind: Frances is a girl to whom “pretty” is usually close to a dirty word. It’s not that she doesn’t like it or approve of it for other people, but she generally wants no taint of it on herself. “Is this comfortable?” and “how late can I sleep without missing the school busy if I wear this?” are her usual concerns. But when pretty counts, she should have pretty, I believe.

It was done on the Sunday before the Thursday evening ceremony. And she does look beautiful in it. She doesn’t want a photo of her in the dress from the front on the internet, which I am going to respect, so I’ll leave it to your imagination. 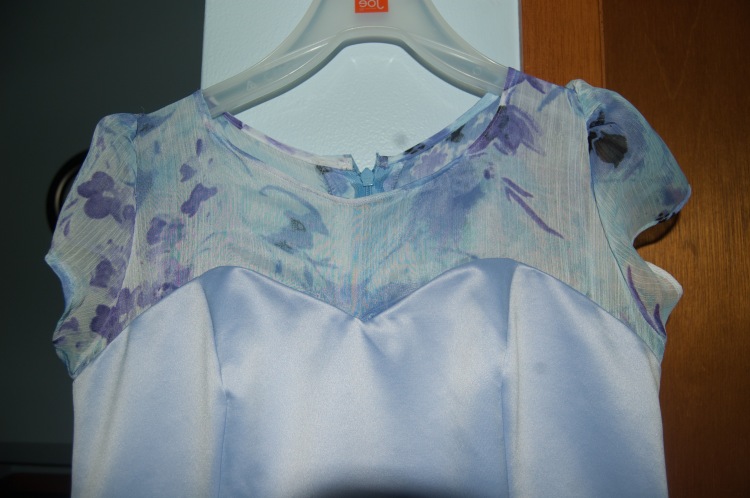 And I’m so glad it’ll be at least a few years before I need to tackle another grad dress.

10 thoughts on “The Graduate”