I have a hunch: a lot of people don’t join in collective climate actions (or other kinds) because it looks like work.

And it’s advertised like work. You read things, you go somewhere to get more things to read like pamphlets and reports, you listen to very smart people talk about stuff that uses a lot of long words, while sitting in hard plastic chairs, drinking bad coffee out of tiny paper cups, and then people ask you for money or petition signatures.

It’s fun for me, but I am weird. For most people, this is not fun. This is milling around with strangers who want you to change yourself or your life in some way.

So, what if you could have fun while doing something positive about climate change? I mean, normal-people fun.

If you live outside of Ontario–and maybe even if you don’t–you won’t know that this is Diane Saxe, formerly the Environmental Commissioner of Ontario; the Conservative Ford Government, after its 2018 election, promptly fired her and then began rolling back environmental regulations and policy. And Saxe, not one to ride gracefully into the sunset under such conditions, launched a speaking tour in response: about climate change, policy, and how destructive the Ford government’s decisions are.

I went to one of her stops several months back (and took Frances with me), and snapped a pic for IG, as one does (see: fun for me). And:

And that is exactly what Ann and I did: We had a tea party called Climate and Crumpets. There were many, many little sandwiches and pastries–some vegan, some not–and a few different types of tea with fancy tea cups and fabric napkins. We played games, we talked, we wrote ideas on a chart–because you can’t not write ideas on a chart. We fussed over the puppy. People sat on comfortable chairs. There were no petitions. And while I had some notes about things I wanted to say, mostly the conversation had a life of its own.

And, because I am drowning in fabric scraps, I made everyone a handkerchief out of a piece of super soft cotton–in part because it’s a sustainable use of the fabrics, but also because it’s important to acknowledge the feelings we have about the climate crisis, even the messy ones. Especially the messy ones.

It was fun: it was making new friends, having interesting conversations, eating treats, drinking tea out of fancy teacups, cuddling a puppy, and playing games (Ann did a bang-up job of role-playing an oil company executive who was totally sure that her money would allow her to continue polluting indefinitely … until it wasn’t. Then I think she was genuinely surprised).

I posted about the tea party on instagram and FaceBook, as one does.  And some local friends were interested in doing something similar, but this time less tea and more trouble: a local dance friend, Katerina, and I hosted a Climate and Cocktails party with a dance social after. Because as the famous lady said: 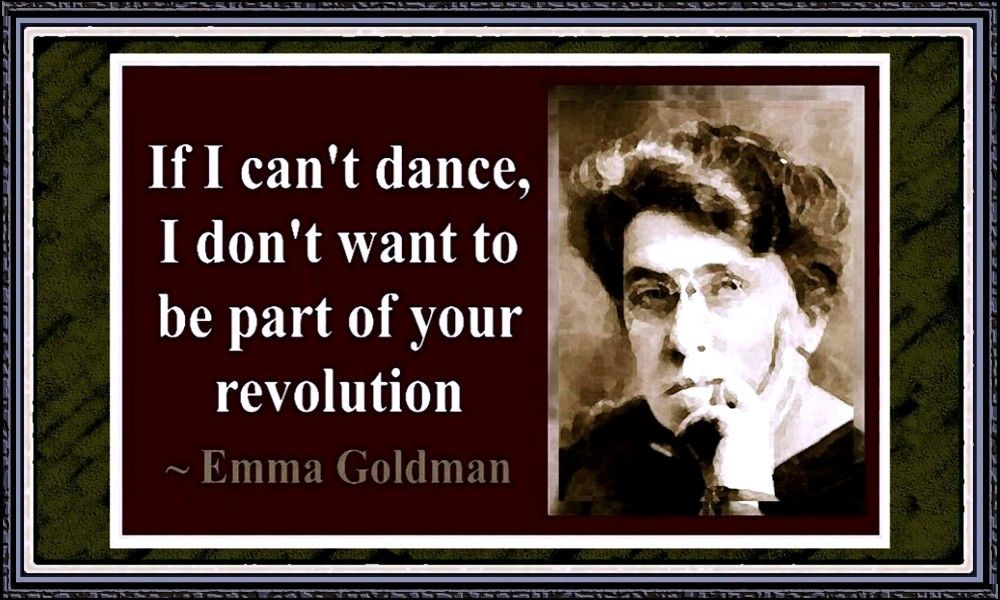 Which she didn’t actually say, but she did love dancing and revolting, so we’ll let it stand.

Anyway, in late November, we talked climate again. There were pastries, Katerina made Pisco Sours, we had Chilean wine, and chatted about climate change with a puppy looking on. We played the same game, complete with moustache-twirling villain, and a near climate-catastrophe. Eventually there was dancing. And it was (dare I say it?) fun.

It’s hard to find space to have any kind of reasonable conversation about any polarized subject, and it’s hard to find a subject more polarized right now than climate change. Getting people to have face-to-face conversations in small groups is, as the research says, more effective than mass one-way communications. But I think it also helps to make it fun: why shouldn’t there be snacks and drinks and games? The easier and more appealing it is to join in, surely, the more people who will give it a try.

I’m hoping to keep this up and see where it goes. If you’re interested in doing something like this (either locally with me or not-locally yourself) let me know; I’m happy to share resources and ideas!